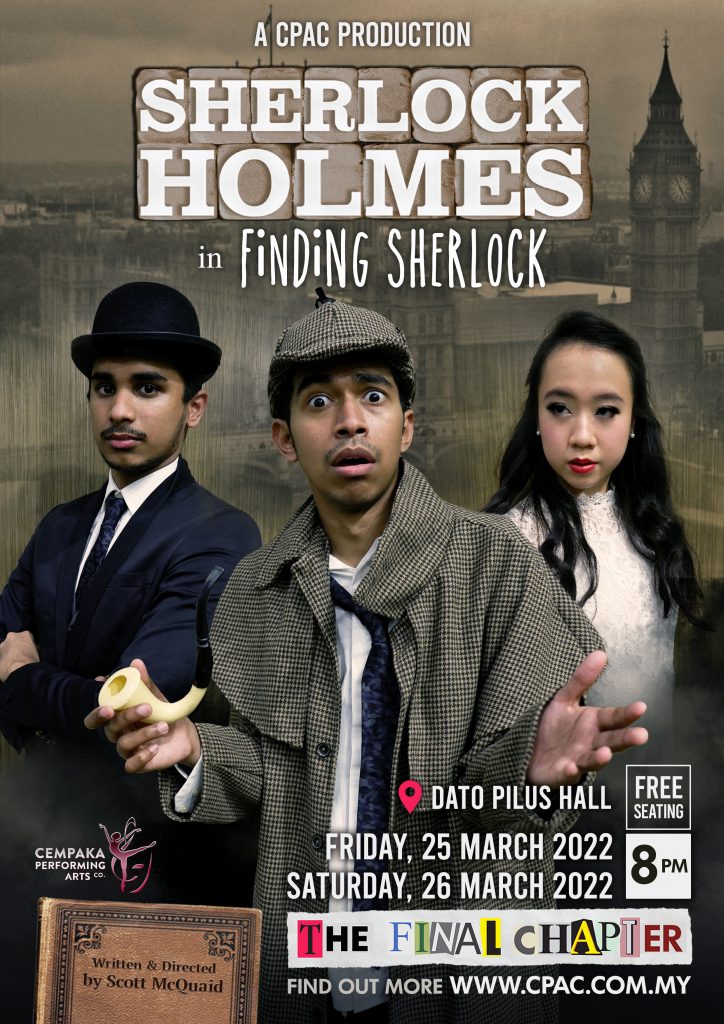 CPAC presents the Final Chapter of Sherlock Holmes in its comedic play series. In this adventure Dr. Watson is tasked with finding a “Sherlock Holmes”, worthy of his written novels. The story takes place in Victorian London with the usual supporting cast of Inspector Lestrade, Mrs. Hudson and Irene Adler as well as some new insanely bizarre characters.

Established in the year 2000 as a performing arts company, CPAC ventured into musical theatre productions and has been staging full-scale musicals since 2005. West Side Story, Fame, Seussical, Hairspray, Tarzan, Annie and Legally Blonde are among the titles before producing the first original musical, CPAC’s Alice Wonderland and earned recognition in the Malaysia Book of Records. Other musical production awards include BOH Cameronian Arts Awards for Annie (2015) and The Wedding Singer (2014). Dames & Dimes, another CPAC original musical, which premiered in 2019, received a 5-star rating by London’s Musical Theatre Academy. This year’s Spooks, the Musical will be CPAC’s third original musical production while the next original title is in the pipeline. 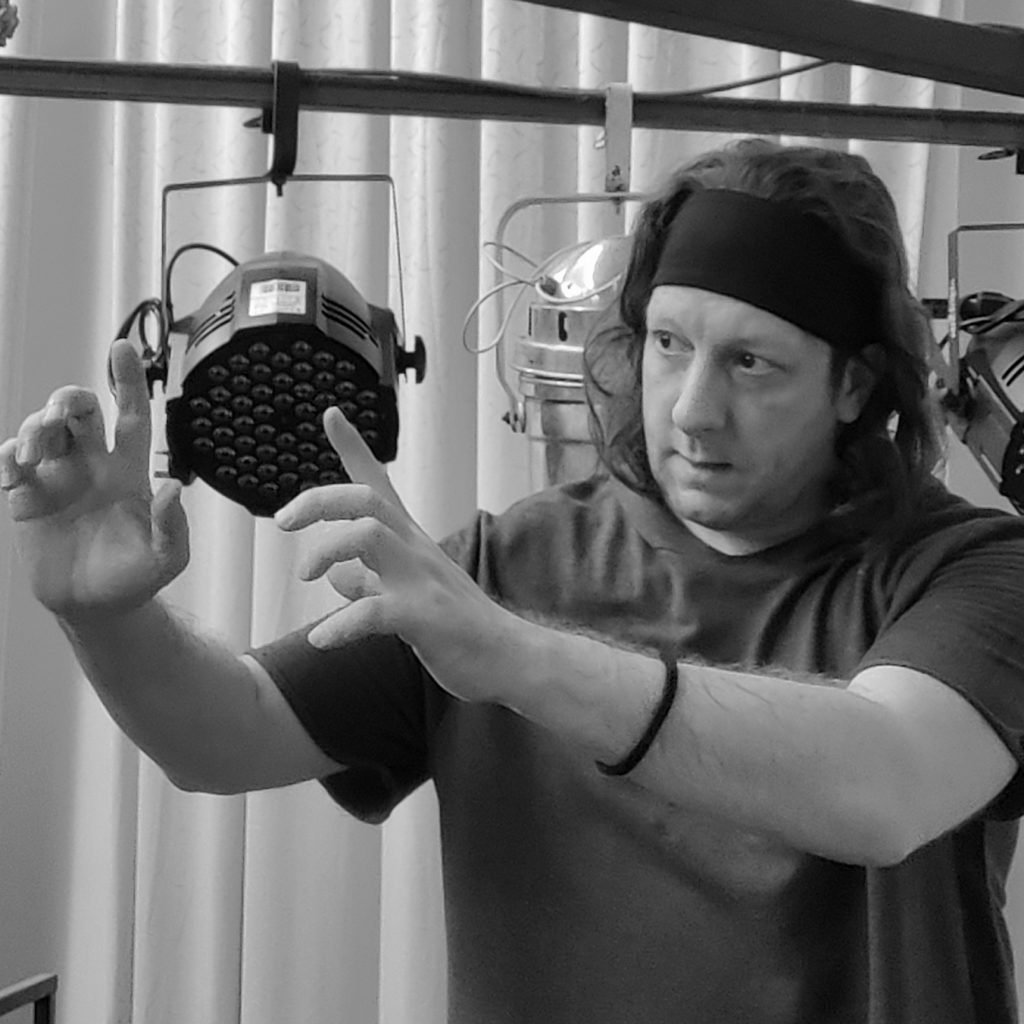 Scott McQuaid is a British writer-director for stage, screen, and podcast, based in Kuala Lumpur, Malaysia. He holds a Bachelor’s degree in Performing Arts and a Master of Fine Arts in Filmmaking. Scott has directed numerous plays and musicals in Malaysia, winning consecutive BOH Cameronian Arts Awards, including the Best Director award. He is also recognised in the Malaysia Book of Records for his work. As an author, Scott has published his book, which is a collection of his original plays, entitled ‘Scott Forgot The Title’. It is available worldwide on Amazon, Waterstones and BookDepository.

Scott is also a filmmaker and he established his own Indie movie production company, Plastic Monkey Films, in 2017. He wrote, directed and produced his debut feature film – the cult B-movie, ‘Space Ninjas’, which was released worldwide on Amazon Prime and Apple TV+, to critical acclaim.

In collaboration with Cempaka Schools

Tickets are also available at the door.

Kindly upload your transaction receipt by submitting the Form below and we will send you the e-ticket(s) for the show.